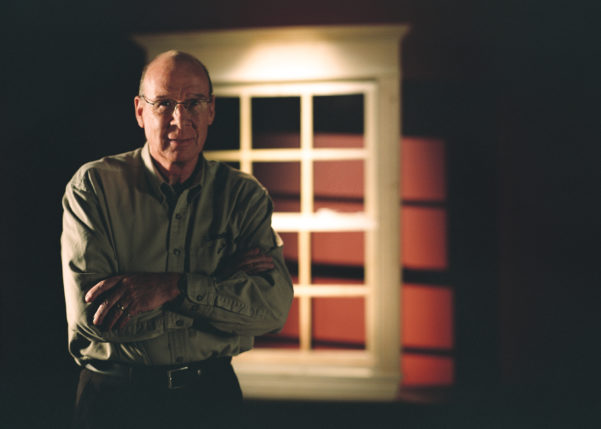 It is with great sadness we announce the sudden death of Peter Kohler at his home in Fort Myers, Florida on Monday, December 2, 2019. Peter was born in Talheim, Germany to the late Martin and Anneliese (Bossert) Kohler. Along with his parents, he was predeceased by his brothers, Richard and Paul Kohler; sister-in-law, Edith Kohler; brother-in-law, Helmut Ehrenreich.

Peter will be lovingly remembered by his sons, Perry Kohler and Michael Kohler (Jamesie Coolican) and their mother, Joan Kohler; granddaughters, Annaliesa and Campbell Kohler; partner, Stella Yorke and her children and grandchildren. He will also be sadly missed and fondly remembered by his sister, Irmgard Ehrenreich; sister-in-law, Maria Kohler; special lifelong friend, Adolf Bauer, Talheim, Germany and many relatives and friends throughout Canada, Germany and the United States.

Peter graduated from University of Konstance, Germany with an Engineering Diploma in 1964 and immigrated to Canada in 1965. He attended Queens University in Kingston, Ontario and graduated with a Bachelor of Engineering in 1968. Following his graduation, he went to work for the IOC in Labrador City, NL until 1974. Peter then went to work as Chief Engineer at North Star Cement in Cornerbrook, NL until 1978. At this point, Peter decided to realize his life’s dream of starting his own business and moved to Truro where he and his friend, John Ballard, started a cellulose insulation manufacturing company.

After branching out on his own Peter founded Kohler International Ltd (present-day Kohltech Windows and Entrance Systems) manufacturing vinyl windows in 1982. Over the next 27 years, Peter’s company grew from four employees to over 400. Peter received many awards for his entrepreneurship, but to him, his greatest reward was providing employment for so many people. Peter always said the company would not have succeeded without the support and loyalty of his employees.

“Peter was an extraordinary human, friend, entrepreneur and employer,” stated Kevin Pelley, CEO of Kohltech, who now owns the business with Carl Ballard, President. “We are committed to continue the legacy of excellence that Peter created and that has propelled the company to a top national brand with over 500 employees”.

Peter will also be remembered for his philanthropy, establishing a scholarship for Engineering students at Memorial University of Newfoundland, his donations to Colchester East Hants Health Centre and Cardiac Research at the QEII, and his support for Brigadoon Village in Nova Scotia. Peter was an avid skier, golfer and tennis player and enjoyed driving sports cars.  He also had a keen interest in investing and current affairs. Above all, Peter looked after the people he cared for and loved and enjoyed being Opa to his two young granddaughters.

Family flowers only, please. Donations in Peter’s memory may be made to support the construction of an arts facility called “Dave’s Place” at Brigadoon Village at brigadoonvillage.org or by calling 1-902-422-3387 or made to fund cardiac research at the QEII Foundation.  (For donations to the QEII Foundation, please direct your gift to Cardiac Research in honour of Peter Kohler. (Donate at QE@Foundation.ca, by calling 1-888-428-0220 or by mailing a gift to the QEII Foundation, 5657 Spring Garden Rd, Park Lane Mall, Box 231, Halifax, NS, B3J 3R4.) Donations for both charities will also be accepted at the funeral home. Private messages of condolence may be sent to Peter’s family by viewing his obituary on-line and selecting “Send A Condolence” at: www.mattatallvarnerfh.com

Windows of All Shapes and Sizes

Choosing custom-shaped windows for your home will enhance the beauty of any room, provide additional natural light, and make a...

Enter your postal code to find a Kohltech dealer near you.